Electromagnetic Induced Transparency (EIT) in a three-level ladder-type Doppler-broadened medium, paying special attention to the case where the coupling and probe beams are counter propagating and have similar frequencies as to reduce the Doppler width of the two photon process.

for therory and experimental setup. 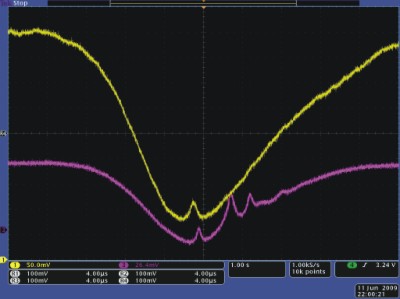 The data show the experimental results for Rubidium vapor at room temperature. The violet curve shows the Doppler broadened Rubidium D2 spectrum determined via a low power laser system as reference. The yellow curve shows the EIT signal. The position of the EIT dip can be adjusted via the wavelength of the pump laser.